Skip to Content
SHOP SHOP TRAVEL APPAREL
Home Blog Beach Vacation Going to the Yucatan? Dive into a cenote!
by 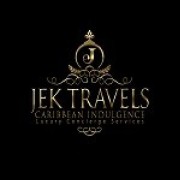 Forget the ocean; when you come to Cancún and the Yucatán, the water you really need to swim in is in a “cenote”! What’s that? Pronounced “sen-oh-tay,”It’s an underground pool: a sinkhole where fresh water, which comes from the low-lying region’s many lakes and rivers, mixes with salt water from the sea. The ancient Mayans believed that cenotes were a direct link to the underworld. And in ancient times, human sacrifices may have been held at them. Now, however, these wonderful pools of blue-turquoise water have a much less menacing draw. They’re a favourite spot – for locals and tourists alike – to plunge into the glowing, clear water and go for a swim.

A trip to Cancún wouldn’t be complete without a stop at a cenote. Fortunately, these unreal geologic formations – not found anywhere else in the world – are more than commonplace on the Yucatán Peninsula. There are hundreds; but here are some of the best

● Cenote Dos Ojos (Two Eyes) is very close to Tulum, and it’s worth setting up a day trip to see both of the ruins and the pool  together. At the cenote, you have the option to swim, snorkel, or just jump into the luxurious, tepid water. If you’re licensed for scuba diving, that’s an option too here – as long as you aren’t claustrophobic!

● Gran Cenote in Tulum is one of the best cenotes on the Yucatán Peninsula, though it is heavily trafficked. However, it includes all the amenities, and two swimming areas connected by a cave. In short, this visit to underwater stalagmites is well worth dealing with a few crowds.

● Cenote Suytun is one of the best cenotes to visit straight from Cancún – complete with a beautiful sunbeam that shines through the cave in the summer, giving this magical place the aura of an ancient Mayan sacrificial altar. Which – like many of its neighbours – it really once was

● Cenote Samula is a bit off the beach – and off the beaten path – near Valladolid. And while it may be necessary to hire a driver to get there, the stunning watering hole is well worth it. The contrast between the brown rock and perfect blue water is stunning, as light shimmers through the pool in colors you’ve probably never seen before.

● Cenote X’keken is in the same complex as Cenote Samula, and it’s easy – and well worth it – to go to both. You’ll get one of the best views of the startlingly pure blue waters of a cenote, just beneath the jutting rocks of the jungle from which dangle a multitude of exposed roots. The colors are spectacular and Instagram-worthy, for sure – so make sure you’re brought enough SD cards for your camera or phone

● Cenote Angelita isn’t a touristy site. But if you’re a diver, you’ll have the experience of a lifetime here. Rotting wood on the bottom of this 60m (200ft)-deep, vertical sinkhole collects into a greenish-black cloud of hydrogen sulphate that hangs at the point where saltwater and freshwater – because of their differing densities – refuse to merge. Above, it may be daylight, but dive under this cloud, and you’re swimming in the dark.

Chevelle German
Learn More About Me

Join the email list to receive our monthly newsletter.